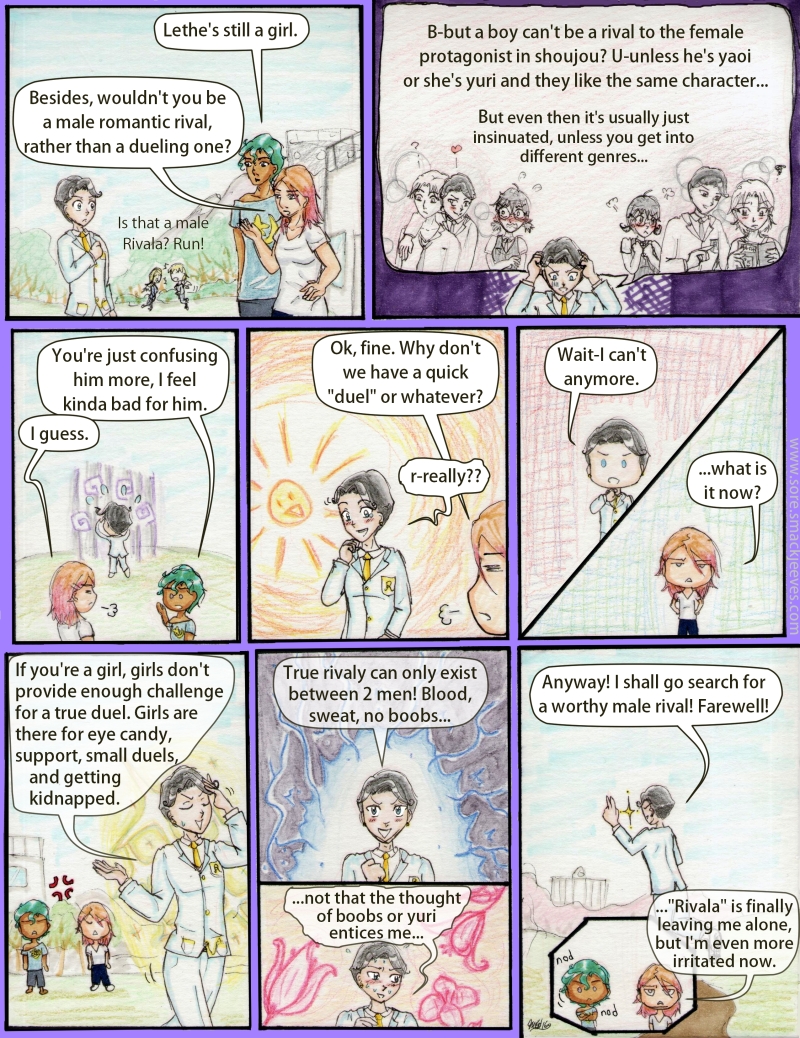 Save My Place | Load My Place
rate this page:

6/26/20: I've watched most of the Pokémon series and movies w/ TMM since B&W, I think. They're mostly kinda meh expect for some chars here and there. Gotta say, though, Pokémon Sun/Moon was fantastic. Looser animation, stronger connections b/t the characters, and of course Bewear and Stufful stealing the show.

1/7/16: Making backgrounds for Rivala/Rivalo is easy, since they're overdramatic. As a girl, Rivala is still a bit sexist-she would have never considered a male Lethe as a rival, for instance. And even though she's recently liking the thought of yaoi, she still thinks women are better than men.

What Rivalo is saying here is a bit of a cliche. Dragonball, Bleach, all those card/monster fighting manga/anime... One exception that I've seen is the Pokemon anime, where Ash fights against strong girls, too, but he almost always wins in the end and the male rival from the early seasons is no longer around. Instead, most of the supporting characters are friendly rivals, too. ...Not that Serena or Bonnie are much of a challenge this season. It goes both ways, though. Serena has various female rivals, but even though in the games you can compete in the Showcase as a male, there is not a single male character in the anime's Showcase. I mean, they could've just called the title "Kalos King/Queen". Anyway, I digress.